Unlocking This Secret Visualization Technique Will Make You Remarkable 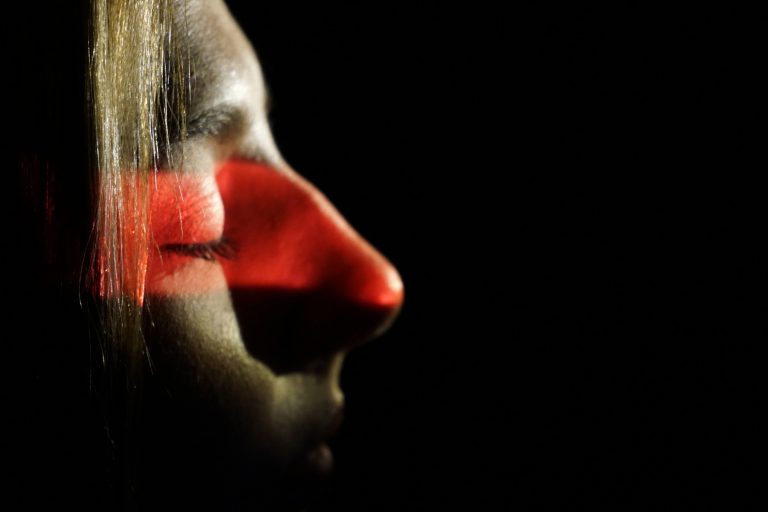 A couple of weeks ago I was a guest speaker for a Saturday webinar hosted by Marco Hanson at Texan Translation. I presented ideas for an introduction to the interpreter’s role in personal injury cases. During the Q&A an interpreter asked me if I use long consecutive for personal injury depositions. My response, due to time, was incomplete. To the participant who put the question to me, I would like to provide her with a fuller response and give this topic the completeness it deserves. I want to talk about visualization and long consecutive. I’ve added a few resources at the end of the article.

It happens too often in a classroom or training sessions that highly technical skills are described and explained in overly simplistic terms. Here I will lay out for you how I came to discover a framework for visualization. It is a framework which is as effective as it is fascinating.

Once mastered, it is a skill incorporating excellent concentration, linguistic acumen, memory and perhaps for those listening, it can be sublime. Lastly, it is that one key skill for your success that is the most poorly understood.

Most professional interpreters have heard of visualization. It’s one of those words as beginner interpreters we hear mentioned frequently but never unpacked. I was introduced to the concept years ago when I bought Holly Mikkelson’s Fundamentals of Court Interpreting: Theory, Policy, Practice. In it I found a treasure trove of information. I poured over the pages and diagrams, and immersed myself in the details gleaned from decades of research in neuropsychology and neuroanatomy. It is one of those books which I regard as the holy grail of interpreting because it describes in detail how the interpreter brain functions. In one brief section it mentions visualization.

Over the years, as my capacity for remembering at times surprised me, I sought out research and books to learn more. One day the YouTube algorithm suggested that I watch a video called Feats of Memory Anyone Can Do. It is a TED talk by a science author named Joshua Foer. After watching this video bought his book Moonwalking with Einstein. The book is about Josh’s foray into the U.S. Memory Championships. Participants learn to memorize massive amounts of information in a short amount of time, then recalling it for judges. Keep in mind, this information is structured, such as really long numbers, or hundreds and hundreds of names and faces. I’ll leave the details of his travails to the book, but I think what’s important to mention here is the technique that he outlines for being successful.

Its history begins more than two thousand years ago at a banquet hall in ancient Greece. Imagine with me, a brilliant white banquet hall made of solid marble rising high into the air. At this marvelous banquet were noble people, dignitaries, merchants, artists, writers and poets. The latter two being the most important to this scenario because writers in ancient times may have only seen a text once in their lifetimes and had developed techniques for memorizing the entirety of the document. These documents or scrolls may have extended hundreds of feet. All of a sudden during the banquet, after the main course was served, an earthquake struck bringing down the marble on top of the guests. Everyone perished except for one writer. This writer happened to step out for a moment to use the restroom apparently. If the catastrophe of this terrible earthquake wasn’t enough, the townspeople had questions about who was in attendance and where inside the building they might be found. The poet, as it turns out in this anecdote, was Simonides, a Greek poet of the fifth and sixth centuries BC. With his exceptional memory he was able to recount where dozens of guests were sitting, next to whom, and the finer details like what they were wearing.

The technique is simple. You associate memories by adding visual, spatial, auditory, and olfactory cues. I must admit, for unstructured information, such as that of testimony, this idea is pretty new. I would like to see research and techniques developed further. Doing this on-the-fly requires regular practice, but even if you apply the general idea of feeling, hearing, and tasting you will reap benefits. You can start with simply seeing what works for you. I’ve thought about providing you with examples, but I don’t want to sound prescriptive. As you take notes, force yourself to associate the words you are hearing with the imagery, sounds and smells of the narrative. Because proper names and numbers are abstract, you will find adding visualization techniques for memorizing them particularly useful. For example, you might invent your own mnemonics for the numbers 0-9.

I think interpreting technique in general, reliable interpreting technique, as an esoteric practice. As such, mastering long consecutive is the hallmark of a master interpreter. Performing it competently requires significant experience before it can be attempted. Taking it one step further, it is not necessarily something to learn in a classroom. In much the same way that an artist may learn the fundamentals of light and shadow with a teacher but really, the skill of observing is mastered only through private daily practice. Developing good technique for any skill then is a result of inner dialogue, searching and researching what people had done before you, and then at some point, discovering what works for you and the way that you think. In this sense, reformulation in interpretation is akin to brushwork. If you have ever looked at a portrait by John singer Sargent you will see that he is able to create the illusion of light and shadow with one continuous simple stroke. It is the difference between choosing several words or just one word, or phrasing a statement as something concrete and literal compared to something like a metaphor.

In my experience, people generally don’t visualize much if at all. If you have experience using visualization techniques, I’d like to hear from you. Some interpreters may do fine without increasing or fine tuning their visualization skill. But for particularly challenging or long testimony I believe one important benefit is managing cognitive load, and this may help you.

Elaborative encoding could hold value for interpreters, any interpreter. If you would like to increase your accuracy, reduce cognitive load, and manage stress, this technique is worth working into your practice. Moreover, mastering long consecutive is a way to differentiate your skills from other interpreters. As getting jobs now is more difficult than ever, give yourself the best opportunity to impress clients. For all we must do to be competent as linguists your service is a black box to clients. Differentiating one person’s skill from the other is virtually impossible. However, sitting next to a witness and re-formulating passionate testimony and front of a crowded courtroom is going to get you kudos.

Finally, I’ve known colleagues who shy away from lengthy testimony, regularly interrupting the speaker. I bristle at the “lost in translation” aphorism. But unfortunately, if you are interrupting the speaker too often, something is lost. Integrating aspects of the method of loci or elaborative encoding is going to give your a longer runway to help you prevent interruptions. So, give it a shot! Set aside fifteen minutes sometime this week and see what you come up with. I recommend reading the book or watching the Ted talk. At a minimum those will get you thinking.

Seth Hammock is a licensed court interpreter for Spanish speakers in Austin, Texas. Since 2017 he specializes in personal injury and criminal law. He has a B.S. in Computer Science from Baylor University and serves as the Director of Professional Development for the Austin Area Association of Interpreters and Translators (AATIA).